5 Tips To Help You Become a Twitch Partner 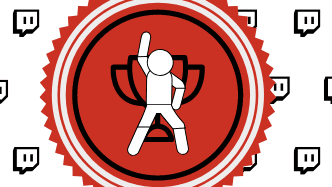 When you are starting as a Twitch streamer, the biggest goal in front of you is Twitch Partnership. It’s what almost everyone strives for, but the majority of people fight and struggle without ever getting any success with it.

They focus on the wrong things and put the blame on everything they can’t fully control. Common misconceptions among this crowd include the belief that you have to know someone from Twitch staff just to be considered or that you need to be above a certain threshold of concurrent viewers before you can even think about applying for Partnership.

And yes, building a vast network including Twitch employees and having a large community certainly helps. But it’s not everything and you have to get those things just right.

So is there a magical, easy way to get Twitch Partnership? The short answer is no.

Are there any things that you can do to speed up the whole process of getting a Twitch partnership? 100% yes!

Here are some advanced tips that will help you get a Twitch partnership faster:

Remember, there are milestones that your channel must absolutely reach before even being considered for Partnership, and there is not one thing that can guarantee you a Partner status. If Twitch doesn’t think your channel is ready for Partnership, then it probably won’t happen. So cover your bases and make sure your channel looks professional before trying out our tips.

It’s not only about networking with Twitch staff. Instead, it’s about getting a good understanding of the inner workings of Twitch. Knowing the people who make final decisions on your Partnership application can make a huge difference for you.

Most countries have dedicated Regional or Partnerships Account Managers who look after all Partnerships for the area. They look after existing Partners and get new talent on board.

Finding and getting to know those people can get your channel noticed way faster than anything else. But it’s not only that – since Managers work with Partnered streamers, they can give you some pointers and general advice on where your channel stands and what can potentially be changed or improved.

If a Manager doesn’t think your channel is ready then better make sure you are working hard on developing it!

Of course, this tip will work best for non-UK/US streamers. Since the vast majority of channels are English speaking and UK/US-based, the Managers for those regions are incredibly busy and they probably won’t have any time to spare.

Where to find who is the Manager of your country? Try LinkedIn.

Streamers signed with an esports team and frequenting tournaments are much more recognizable in the gaming community and they present a significant value to Twitch.

Sometimes you can see a partnered streamer with a considerably lower number of followers or viewers from you would typically expect. Very often those people are active esports professionals partnered because of their outside presence and fanbase. Why not learn from them, get involved in a couple of tournaments and give your channel a significant boost on your way to Partnership?

Twitch front page and recommendations are often a hit and miss. Let’s be honest here – the algorithms Twitch uses are not that great.

So instead of waiting for people to discover your channel through Twitch, grow your following elsewhere and pull new viewers to your channel from other sites. You can build a YouTube or Instagram account, create some exciting content there and introduce that audience to your Twitch account later on. That way, you are not only increasing your viewership; you are also introducing new people to Twitch. It’s a win-win situation and a definite plus on your Partnership application.

One of the main Partnership requirements is the number of concurrent viewers that you have to reach in order to be eligible to apply. Ask yourself, why is this condition even there in the first place?

When you think about it, it makes perfect sense to have a condition like that for new Partnership applications. Twitch is a business, and nothing says value and revenue like strong numbers.

Someone in Twitch’s accounting department probably sat down at one point, crunched the numbers and discovered that with a set level of concurrent viewers a set percentage of those viewers become subscribers. With all the support that goes into Partnered streamers, it probably becomes profitable at that very level. Easy as that.

So reverse-engineer this idea. Get the best of your community engagement and push your subscriber numbers. Be the channel with an unusually high number of subs. Drive revenue and get noticed as a valuable streamer for the platform. Give Twitch an incentive to invest in you and make you a Partner as soon as possible.

It may be a bit contradictory to what you think, but don’t focus too much on getting the Partnership fast.

If the only thing that matters to you is speed, the chances are that you will overlook things that are crucial for the long-term well being of your channel. Healthy growth is almost always better than rushing it.

Also, the icon next to your name is excellent, but the Partner status doesn’t actually give you much more value than good, old Affiliate. A better share of sub income is only available to very successful Partners, and it’s unlikely that your first contract will be negotiable.

So don’t burn yourself out, don’t take things personally and don’t be disheartened if you don’t get accepted the first time you apply for Partnership.

Stop. Breathe. Look at the bigger picture and remember why you are doing this in the first place.