How to get affiliate on Twitch in 5 easy steps 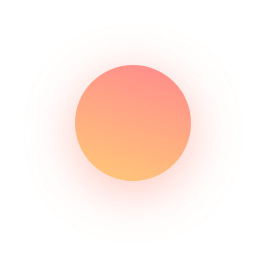 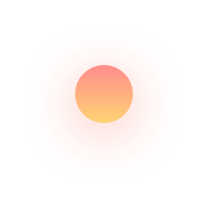 How to get affiliate on Twitch in 5 easy steps

Anyone can start streaming on Twitch, but becoming an affiliate and getting your channel monetized is a big milestone. It is also a challenge for new streamers who are just starting to build their audience. Out of 2 million streamers only 150 thousand are affiliated. That’s less than 8% of all the channels and the competition is fierce.

Don’t worry though, I have some good news for you. Anyone can be affiliated as long as they complete the ‘Path to Affiliate’. It’s a set of 4 achievements that Twitch gave to all the people who would like to monetize their channels. You need to fulfill all 4 of them in order to officially be eligible to join the program and your invitation will be sent automatically after all the boxes have been ticked.

First, two things that you need to accomplish are all about your streaming time. Just stream for at least 8 hours and at least 7 unique days in a 30-day window. Easy peasy.

After that things get a little bit complicated. The third achievement requires you to get at least 3 average viewers and the fourth one calls for 50 followers. These two are not exactly straightforward, because Twitch is oversaturated with small channels and finding someone that would like to watch you specifically can be tricky. To have a chance at completing those achievements means that you need to get organized — it means that you have to build a community.

If you are not quite there yet and would like some quick help in getting past the Path to Affiliate requirements you can try those 5 things:

Step 1: Get a schedule

When you first start streaming you might think that schedule is not that important. You have life, school, work — you are a busy person. Besides, there is so much more to do and you don’t even know when or if you will get the time to stream! Why worry about a schedule at all?

Think about your schedule like an invitation for people to watch you. If no one knows when you’re on, how are they supposed to find you?

You probably have a TV show or a YouTube channel that you like a lot — I bet they have a schedule too. Every Monday there will be a new episode out for you to check out. If you don’t catch your show live you can always watch it later. With a live stream that is not really an option. Even if you enable VODs on your channel, you won’t be physically there. And interaction — live commentary, chatting and joking with the streamer, that is what Twitch viewers really want.

Draft a schedule and stick to it, even if it’s a bit rough around the edges. You can stream almost every weekend at 12:00? You will try to stream on at least 3 evenings per week? Put that info in your profile with Streamlabs Schedule extension. If you happen to have some extra time during the week, do a bonus stream! You can always keep your people updated on surprise streams via Twitter or Discord.

Now that you decided when is the best time for people to catch you live… Do you know anyone who is into gaming? Tell them about your channel and invite them to watch your stream and hang out with you. Maybe your friends can chat with you and give you something entertaining to talk about even when the game is slow? When you are new to streaming, getting used to giving commentary over your gameplay can be tough. It takes time to get used to it and having someone to talk to makes it so much easier.

Also, you just got yourself a viewer or two. It’s a great start! It means that you are no longer at the very bottom of the category you’re streaming into. Your channel is more visible and hopefully, more people would like to check it out.

Be careful though — the fact that you have your friends in chat doesn’t mean that you only talk to them and ignore other viewers. Don’t go too far with inside jokes or personal conversations. You want people that are new to your channel to feel welcome — they can join the conversation only if they understand what are you talking about.

Step 3: Get to know other streamers

On Twitch there are 2 kinds of people that can hang out with you: viewers and other streamers. Viewers come and go from channel to channel looking for something cool to watch. Streamers, on the other hand, are looking for a good place to send their community to after they finish their own stream.

There are so many reasons to start making friends with other Twitch streamers. It’s not all about you getting the affiliate status, but rather it’s about building a bigger, more successful channel in the future. If you get to know a few streamers you can get together and create a team. You can raid and host each other. You can share the info on new games, learn new things and play together!

This is a great opportunity to introduce new viewers to your channel. Networking is a great way to grow! Just remember that when someone gives you shoutouts or raids you should repay it with more of the same. So host away, promote your streamer friends, let them promote you and grow your channels together.

You can read more on how to properly network on Twitch here.

There are many times that you will have technical difficulties or small problems on stream and you will have no idea that it’s happening to you.

This can be anything: from the microphone being accidentally muted, chat not showing all the messages, camera freezing every few frames to your game view being cut in half and OBS dropping frames. If you are lucky (and can see the chat) someone may point it out to you. But more often than not viewers will just leave your channel immediately and you will not have the slightest idea why. That’s why it’s so important to test your OBS settings before you stream and enable VODs so you can watch them later on.

Check if the sound is OK. Is your microphone loud enough? Can you hear the game sounds? Look at your camera placement. How does your cam look like? Is it well lit? If anything feels weird or broken try and find a way to fix it. There are tons of great tutorials out there (like our OBS tutorial) and if you have no idea how to do something you can always ask a question on Twitch reddit.

Just remember — the fact that you fixed something once doesn’t mean that you can leave it and forget about it. This is more about improving as you go, not putting out fires. Check your VODs every few weeks and look for things that you would like to change. Things that you can get better at. Maybe it’s software issues, maybe it’s the commentary that you give or the way you talk to people. There is always something that you can tinker with.

Let me ask you one thing: Which game do you want to stream?

There are two different schools of thought when it comes to choosing a game. First, one says ‘play whatever you want to play’. The second one wants you to ‘play something that is not oversaturated, but has a good following.’ Both of them have a point. If you play something that you don’t like it will show and affect your stream quality — in a really bad way. If you play something insanely popular, viewers won’t be able to find you because of the sheer amount of streamers there.

The trick is to play games that you like while avoiding games that would have you buried under hundreds and hundreds of other channels. If you go to a game category and you have to scroll for more than 10 seconds to get to your stream, then that category is not a great place for you. People can only scroll so far and no one will see your channel in the sea of others.

To get a better idea of what you’d like to stream go to Twitch, click on Browse and give that page a good long look. People play a wide variety of things, maybe you will find something interesting to try out there. If there’s nothing there that you really like take a look at Steam, GOG or Humble Bundle. Are there any new games that are getting lots of hype? Maybe a retro title that you love is getting a remake? There are hundreds of great games to stream, just give them a chance!

Are you ready to put all this into practice? If you put all 5 steps to work you should be able not only to grow your channel but to get more from Twitch in the long run. Now, get out there and complete the ‘Path to Affiliate’ like a pro!