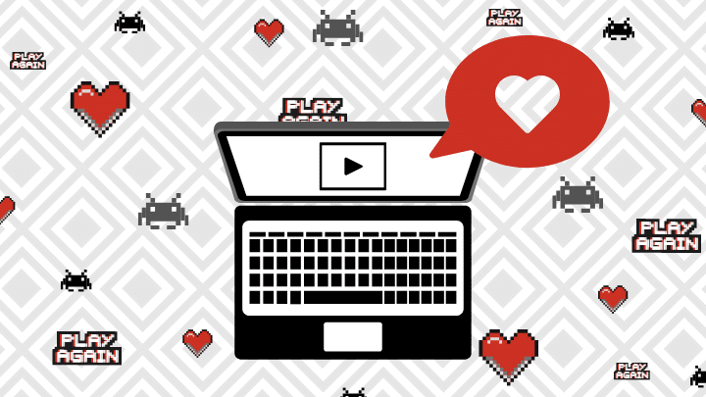 When you first start making a video game, you know that it’s going to be a long and challenging process. Since you are probably already familiar with the industry, you don’t expect anything less than that. Long days spent coding, testing and perfecting the gameplay. Choosing the right assets. Making animations more fluid. Re-writing the dialogues.

A well-polished game takes a great deal of time to create but can take your studio far and make it all worth it in the end.

What many game designers don’t quite realise is that game is a product. And like with every other product, building it is just the first step. There are parts that come after it that are even trickier, less intuitive to learn and, worst of all, absolutely crucial to the success of your game.

We are talking about promotion and marketing.

No matter how much energy and effort you spend on your game, it won’t matter if it doesn’t have a successful launch. That is why it’s extremely important to promote, advertise and communicate your game design efforts to various audiences even way before the final product is ready. You need to make sure that the game has an audience waiting for it and for a chance to buy it when it’s finally out.

Interest doesn’t just happen – you have to make it happen.

First of all, forget about the idea that if your game is good enough people will flock to buy it. Most of the indie games are not profitable or end up at a loss, because of a grave lack of marketing surrounding them. If people don’t know about it, they can’t buy it, even if it’s the best game that was ever made.

Marketing is never free. Even if it doesn’t cost you any money, you are investing your time and effort in it.

However, there are a lot of things that you can do in terms of promotion that won’t break the bank.

For example, setting up a website for your game doesn’t require huge investment and allows you to publish regular dev blogs, updates, screenshots and news. You can easily make it a part of your weekly routine and get the information about your game out there while you work.

When you are going for a particular atmosphere, let your graphics do the hard work for you. Show off your characters, animations and screenshots to attract people that love the art style and feel of your game.

Animated gifs are one of the best tools at getting a lot of organic interest, so make sure that you have something that will make it easy for you to produce good quality gifs fast.

Keep communicating and engaging with your new fans. You can even grab some feedback while you’re at it.

And while we’re at it, make sure to get an exciting, well-edited trailer ready to get people hooked on your game.

If you never made anything like that before, keep in mind that the first trailer that you publish should be short and to the point. You definitely don’t want to bore your audience by showing them absolutely everything there is to your game. You can always expand on it with a well-polished extended-release trailer later on.

And avoid making your trailer into a pure sales pitch. It’s about showing off the game, not pestering everyone to buy it today.

Game Maker’s Toolkit did a great video on how to handle trailers, so give it a watch and try yourself.

But that about the marketing that comes after you have a playable version of your game?

There are tons of forums and sites where you can showcase your game and get some real feedback and support from that community. Just take a look at GameDev.net projects, play my game Reddit channel, or TIG forums playtest area. All of them allow you to post your game, get valuable comments, and, hopefully, stir some much needed interest.

Consider having a beta version ready for influencers and press. Get some heads turning before the launch.

Streamers, youtubers and video game content creators are your best friends when it comes to promotion. They constantly need new games to play to keep their communities engaged every day; you have a product that is hot and ready to go. It’s a match made in heaven.

If you already know some influencers, it’s a piece of cake. Send some game copies away and wait for the content to come out.

If you don’t, you can always trust adshot to help you connect with influencers and promote your game on Twitch, YouTube or Mixer with the help of over 1k international content creators. Don’t worry, getting your game out there is easier than you think.

Check out many different marketplaces to have the maximum reach across the market.

When publishing your game Steam may seem like the only choice that you have. That is not true and will limit your audience reach in the long-term.

You can submit your game to GOG, Humble Bundle, Itch.io, Gamers Gate, Game Jolt, with new options popping up more and more frequently. This way, you are opening yourself up to new people and opportunities, as not everyone uses just one platform all the time.

Prepare your press release, put together a media kit and start getting those reviews.

When your game is ready, and it’s just before the launch day, that is when you should be the busiest you’ve ever been with your marketing efforts. Get a well-built press release together, research all the relevant game review websites, prepare some game keys, assets and go!

Promotion is arguably not the most exciting part of the game development process, but it has the potential to raise the profile of your game if it gets noticed by a large portal. So stick to it and do your best, it’s worth it.

Good luck with your game launch!