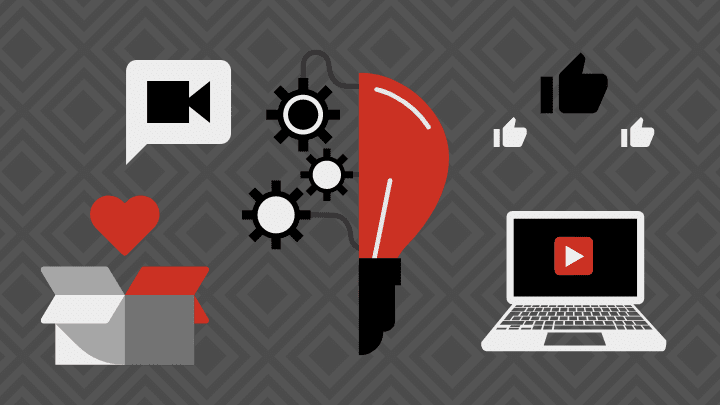 Working with gaming YouTube and Twitch influencers can be a bit tricky sometimes. Embedding your products successfully into those kinds of channels requires creativity and ingenuity to get the community engaged and excited about what you’re offering. It needs to be fresh, authentic, and on-brand with the content creator.

That’s why we compiled a list of excellent video game influencer marketing examples to inspire you and get those gears turning.

iJustine is a widely popular YouTube influencer with over 6.31M subscribers (and counting). She covers new technologies, gadgets, and gaming with a bit of real-life content in the mix, which makes her incredibly appealing and successful.

Since she is such a versatile content creator, she is in the middle of many exciting campaigns, including Microsoft and Samsung product launches. Still, the campaign we’d like to focus on is the Nintendo Switch one from a while back.

It’s exciting for a couple of reasons. First, there’s the video that iJustine produced for the launch of the gaming platform. Running over 7 minutes, this video quickly reached over 2.5M views and served as an excellent intro for Nintendo Switch. It’s fun, light and you can clearly see the excitement for the new console.

That’s not all though – a few months later Dbrand (custom phone and console skin distributor) sent iJustine a big package including Nintendo Switch and joycons with custom skins matched to her brand and favourite colours. Thie unpacking video reached over 670k views and revitalized not only the interest in the original product but in the bespoke skins as well. Excellent tie in.

Pokemon Go is something of a phenomenon. Launched back in 2016 it reached an unprecedented number of active users within the first month, just to rapidly decline shortly after.

People loved the concept because let’s be honest – everyone loves Pokemon, but the game received mixed reviews because of the awkward gameplay. It wasn’t quite what the users expected, and it didn’t line up with the traditional Pokemon games that well.

It may seem that the game was abandoned and forgotten, but make no mistake, Pokemon Go is still very much alive and kicking. There were over 10M users as of September 2019, and the app is being updated regularly. The team working on it is making it better with each and every new release.

To revitalize the game and bring some attention to the new content the creators announced Pokemon Go Travel. They gathered gaming influencers from different parts of the world, including the Americas, Europe, and Asia, to participate in the Global Catch Challenge. In Japan.

All the content creators traveled to Japan to learn about Japanese culture first-hand, explore the country and share their experiences on social media. All while playing Pokemon Go. How is that for an engaging campaign?

In 2019 Pizza Hut realized that their TV ads are not making a significant impact anymore and they are not that great of an investment long-term. Their customers, who in large part happen to be a Millenial and Gen Z crowd, watch YouTube and Twitch instead.

This is why Pizza Hut decided to launch a marketing campaign with Adshot, partnering with 14 Belgian gaming influencers as Brand Ambassadors.

The concept was easy: supply content creators with free pizza and promo codes (discount on every pizza order) for their community and wait. All the influencers had to do was to produce original video content promoting Pizza Hut and mentioning the discount codes.

The effect was easy to predict and quite spectacular. All the communities reacted extremely positively to the partnership, resulting in a lot of engagement and pizza purchases. All in all, the campaign was a grand success with a solid return for Pizza Hut’s investment.

One of the prevailing messages for Extra Life is ‘Raise funds, have fun, and help heal kids’. Gamers can go live on Twitch and collect donations from their viewers that go straight to the charity’s account. That’s why Extra Life does a perfect job blending gaming with a charitable cause.

Since partnering up with Extra Life is quick, straightforward and requires a content creator to fill in just a simple online form, the initiative immediately grew in popularity and became an efficient and effective method of fundraising and promoting the organization. You can see that reflected in the revenue: since its launch in 2008, Extra Life has raised over $50 million.

It’s a great example that gaming marketing campaigns can work even for non-profit organizations.

When launching Far Cry 5 Ubisoft decided to partner up with a few influencers to help them promote the newest game in a long-running series. One of those influencers was H2ODelirious, a YouTube gaming creator with over 12.2M subscribers.

What started with 2 almost hour-long sponsored gameplay videos with over 1.9M and 1.7M views became an epic video series with 16 episodes, guest appearances and millions of hits.

It was simple, fun and engaging content not only because of the nature of the game, which is action-focused but mostly because of the creator’s ability to raise the content he worked with to the next level. Make it more fun, memorable and relatable for his community.

The series continued for an incredible 16 episodes, not because of the full sponsorship throughout, but because the viewers got so engaged in the content that they actively wanted more of it.

We hope this list gave you a great idea of what can be achieved with gaming influencer marketing and show you that it’s not all just about promoting video games and gear. Great campaigns can support almost any product as long as they have excellent ideas and content to back it up.

Are you ready to start a campaign of your own? Give Adshot a try. We have thousands of gaming influencers that can start promoting your brand across multiple platforms in just a few clicks.