TikTok Marketing: Our Experience and Recommendations 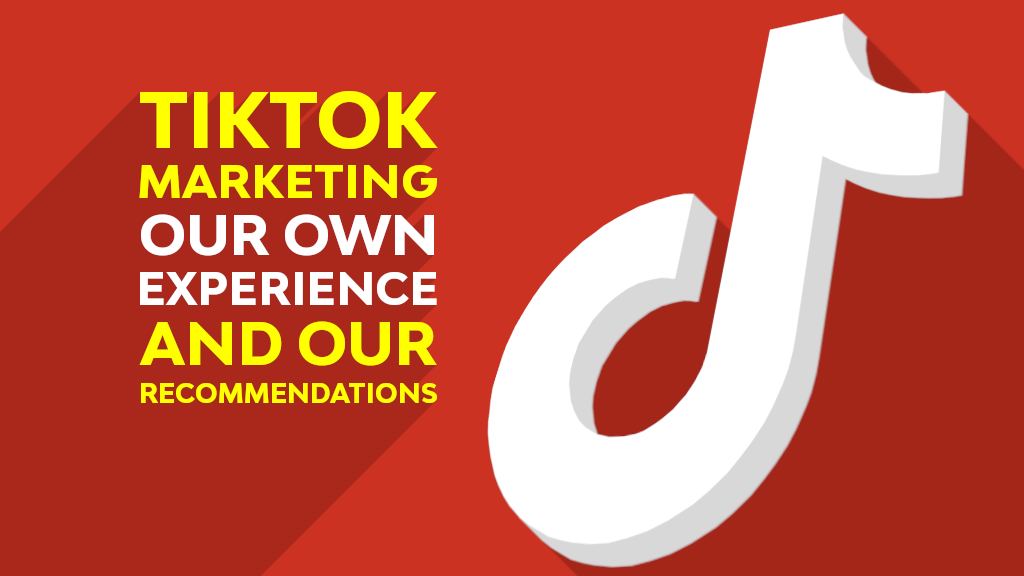 When crafting a marketing campaign reaching younger target audiences, there’s a wide range of platforms to choose from. You can go to Facebook, to YouTube, to Instagram or many other platforms. Every platform has its pros and cons, so finding the perfect platform for your marketing campaign can be tricky. Marketers have to keep an eye on new emerging platforms. One of these emerging platforms that exploded during COVID-19 is TikTok, that is why we have written this blog to inform you about its possibilities.

TikTok is a relatively new platform and often seen as a childish platform. But this is not the case, according to Statista, only 25% of Tiktok’s users are between 10 and 19 years old with a staggering 22,4% being between 20 and 29 years old. TikTok has a very broad range of topics going from financial to gaming to dancing. Fitness, DIY, fashion and cooking are some of the most popular TikTok categories achieving billions of views, the fitness topic alone reached 57 billion views. Due to the presence of a lot of different topics and with more than 800 million monthly active users you can rest assured that you will always have a target audience on TikTok so no matter what product or service you sell, advertising on TikTok is always an option.

As TikTok is relatively new it offers an amazing reach for a small cost compared to other platforms. We have explored two ways of creating paid content on TikTok. Firstly we have created an advertisement video ourselves and ran it via paid ads. In the second case, we collaborated with an influencer on TikTok and boosted the content directly from the influencer’s account. For both ad formats, we used the same budget so we could make a detailed comparison.

There are multiple ways to advertise on TikTok. First, we’re going to look at a native advertisement that a TikTok user would stumble upon when scrolling through the application on their phone.

For this ad format, we launched a small campaign with a budget of €100 over the course of 5 days. The results, however, weren’t so small. The ad reached a total amount of 692.570 impressions, nearly breaking the barrier of 700K. Impressions weren’t the only surprising thing, TikTok registered a total of 1334 clicks. That’s a click-through rate of 0,19%!

Now when it really starts to get interesting is when we look at the CPM or the click per mille (mille being a thousand impressions). The CPM for this campaign is an astonishingly low €0,14.

However, there’s more than one way to run ads on TikTok. Besides uploading your own content and running it as an ad between TikTok videos, you can also boost an existing TikTok so it gets more than just organic views. We did just that after asking Belgian Twitch and TikTok creator Abulic to create a TikTok promoting Adshot’s services to his Belgian audience. Of course, when we promoted the TikTok video we targeted Belgian audiences. Using the same budget of €100 as our initial ad, over 5 days, the results were also amazing.

The boosted TikTok reached a total amount of 348.791 impressions, even though it was only half the impressions of the TikTok native ad from earlier on, it had a higher CTR. The click-through rate was 37% higher reaching a total of 0,26%. The CPM was €0,29 which was higher than the initial campaign but still way lower than other social media platforms, which is great. However, be cautious when choosing an influencer you wish to collaborate with, it’s a given fact that certain influencers can be more convincing than others, affecting metrics like the click-through rate.

However, the amazing click-through rate isn’t a certitude. By partnering up with a credible influencer whose image actually fits the message you are sure to receive way more clicks than using just anyone. As we’re an influencer marketing agency we knew who to choose.

So which of the two options should I pick?

Before deciding to pick your type of ad for your TikTok marketing campaign you should know, as a company, what you wish to achieve. Is it brand awareness you’re looking for or would you rather have a high click-through rate sparking the engagement of possible prospects? To achieve the highest amount of views launching a direct ad on the platform seems to be the better option. To have the highest click-through rate the other option, giving an existing TikTok video a paid boost, seems to be the better option.

How does a TikTok marketing campaign compare to other platforms?

To really put TikTok’s potential in the spotlight we compared the results we achieved with other major social media platforms. We used the most trustworthy and recent figures we could find. We chose Instagram, Twitter, and Facebook to be used as benchmarks.

When looking at the CPM, TikTok’s is astonishingly low in comparison to the other platforms. Other platforms’ click-through rate does seem to be better than TikTok but when looking at the bigger picture it’s a way smarter move to use TikTok as you pay way less per click. TikTok’s click-through rate appears to be very low when compared to the other platforms but our two advertisements were targeted to a niche audience so only a select amount of people would click on them.

As TikTok advertising is something new, TikTok’s numbers are sure to change drastically in the near future so it’s important to jump on this trend as soon as possible.

How do I set up a TikTok marketing campaign?

So, you’re convinced of TikTok’s potential and want to know how to launch a TikTok marketing campaign to market your product, service, etc. on the platform. To start advertising you need to be a TikTok advertising partner. It’s not something that’s easy to achieve. There’s also the need to have a good influencer working with you when creating a boosted TikTok campaign. Luckily Adshot can provide you with both services. Head over to agency.adshot.io to schedule a meeting with one of our TikTok experts.

TikTok marketing has amazing potential and if you’re not convinced yet, you should be. There are multiple ad formats available but to achieve the best possible click-through rate it’s important to use the right influencers. If you wish to achieve brand awareness, TikTok can also help you with that and ranks way better than other major social media platforms. While these numbers are amazing, it’s not a given fact that they’ll remain this way. So it’s important to grab this opportunity as soon as you can.